OP3C compressed data can be further processed in their compressed form. This is a typical characteristic of the class of techniques known as compressed sensing.

The OP3C compression methodology is named HUNPCA (Hybrid Un-mixing Principal Component Analysis) and is based on a spectral un-mixing procedure and PCA combined with a coding algorithm. An international patent is pending (PCT/EP2015/070628) on behalf of Planetek Hellas. 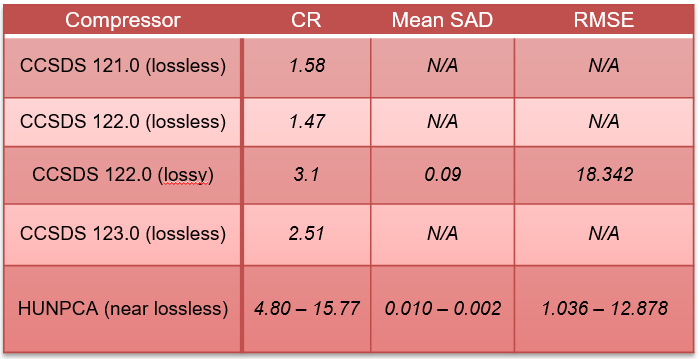 OP3C can consider the cloud coverage, both at pixel level and as overall coverage  percentage, in order to dynamically adapt compression to image content.

The performances of the OP3C compressor have been demonstrated on two different sensors: AVIRIS (airborne) and Hyperion (spaceborne) on the standard dataset (Aaron et al. 2009) adopted by NASA and CCSDS for hyper-spectral compressor benchmarking. 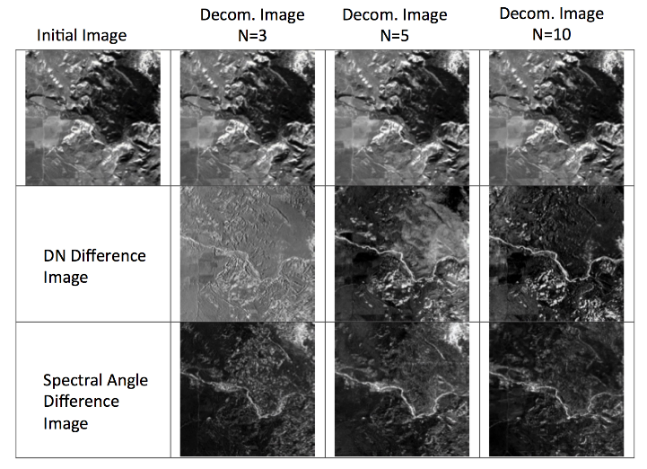 The HUNPCA compression algorithm has been evaluated in terms of data loss according to the similarity metric Spectral Angle Difference (SAD) and the Root Mean Square Error (RMSE). Its performance is compared with the CCSDS 121.0, 122.0 and 123.0 compressors.

The OP3C system is able to provide high compression ratios with minimal information losses and also allows to further process images directly in their compressed domain.

Check out all projects